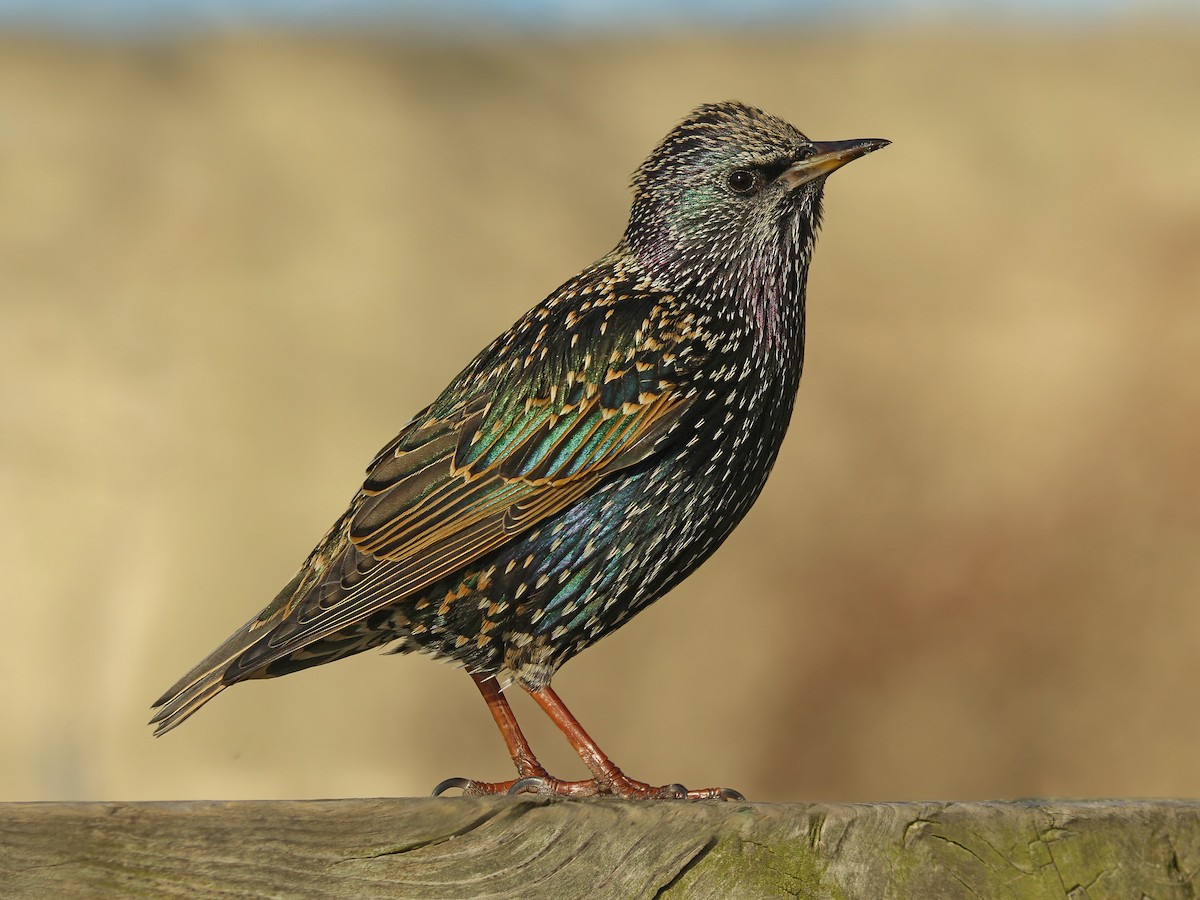 The snowstorms that hit Northeast Tennessee in December 2009 and again in January 2010 did quite a bit of damage to a lot of people’s landscapes, especially to the trees. I have a very large cedar tree, for example, outside my backdoor that was weighted down by the heavy snows. The top was bent over and did not bode well for the tree, but there was no way I could shake the snow off from so tall a tree. Then a flock of European starlings swooped in and proceeded to fly in and out of the tree and, as a result, knocked the snow off the top of the tree. Their ability to knock snow off of really tall trees, however, is not the reason you want to encourage these birds to come to your garden, especially if you have a vegetable garden.

The European starling (Sturnus vulgaris) was introduced to the United States in the late 19th century when 100 birds were turned loose in New York City’s Central Park in 1890. The birds quickly adapted to North America. Now they are common in Alaska, southern Canada, throughout the United States, and in northern Mexico.

European starlings are smaller than robins at 7½-8½ inches. They have short tails that make them look as if they have short, squatty bodies. In the winter, they have white specks on their dark black plumage and their beaks are dark, as well. During the mating and breeding season, their plumage becomes a shiny black with iridescent colors (purple, green, teal, gold). Their beaks are also yellow. If you are wondering how to distinguish them from other starlings, though, you need only watch them when they are on the ground. Instead of hopping around on the ground, European starlings walk.

The European starling will lay 2-8 unmarked pale-blue or greenish-white eggs 2-3 times during the breeding season. Both parents will incubate the eggs for 12-14 days with the fledglings leaving the nest about 21 days later. The juvenile’s plumage is fairly unremarkable, however, being brown with a grayish chest.

European starlings are very aggressive birds and will compete with native species for nesting sites. In cities, literally tens of thousands will build nest in the tops of buildings where they can make a lot of noise and generally quite a mess as well. Nevertheless, European starlings consume very large quantities of harmful insects; e.g., clover weevils, cutworms, Japanese beetles, and snails. This tends to offset a lot of the negatives associated with the birds, and their voracious appetites can be appreciated by farmers and gardeners.

You can attract European starlings to your garden by supplying them with small grains, suet, and bread. I have not had my yard and garden, however, overrun by thousands and thousands of European starlings, if you are concerned. Large flocks pass through from time-to-time on their way to somewhere else – maybe the big city of some large farm. They usually hang around just long enough to knock the snow off my cedar tree.