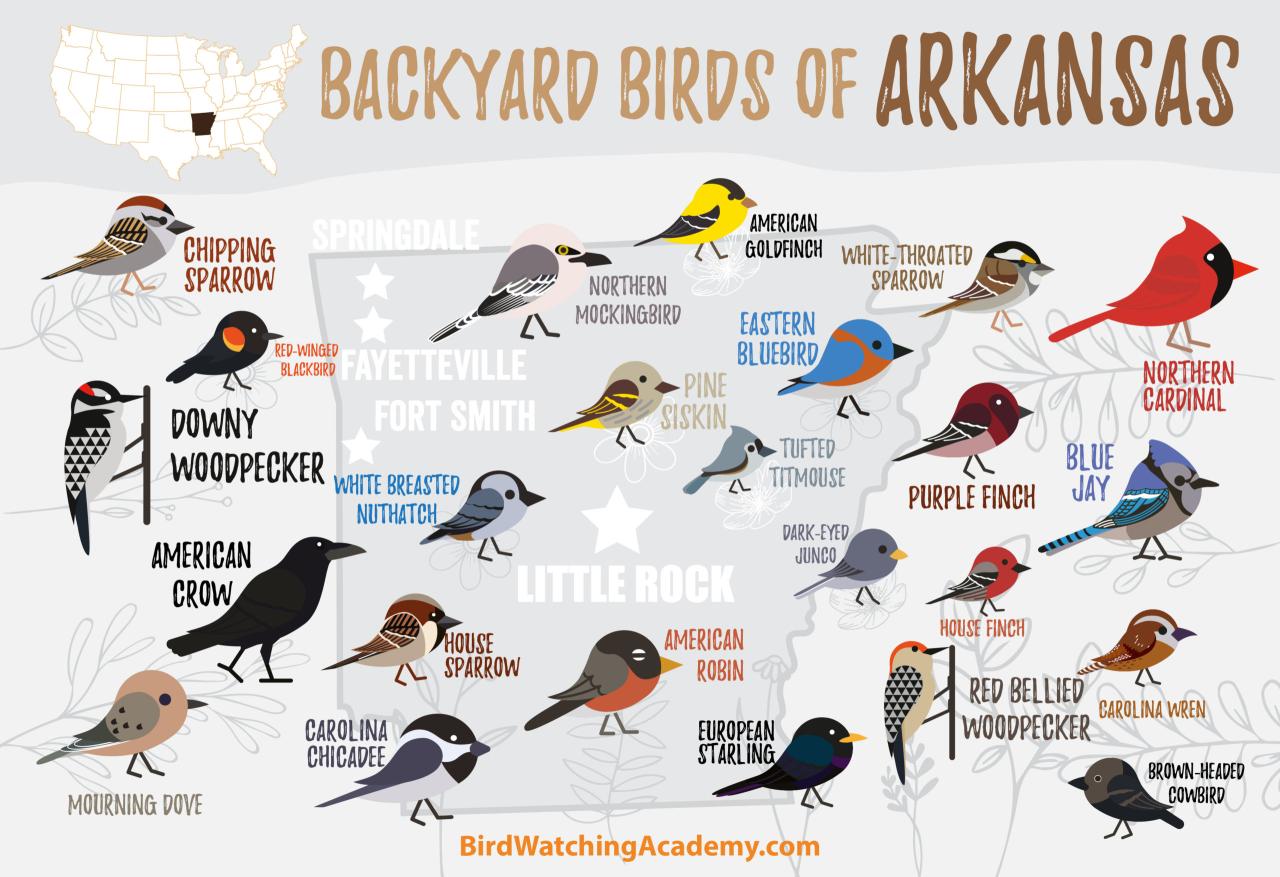 When ornithologists from Cornell University announced they had found the Ivory Billed Woodpecker in the Big Woods of Arkansas, a stampede of bird watchers made their way to the state, hoping for a sighting of a bird many had assumed extinct. While there is still some controversy about the existence of the ivory billed woodpecker, it hasn’t stopped birding enthusiasts from descending on the state. If you are planning a bird watching trip to Arkansas, here are some things to know before you go.

Be ready for the weather- In Arkansas, that means be ready for anything. Arkansas has a subtropical climate with hot, humid summers and mild winters, but winter temperatures can dip into the single digits in the northern counties and ice storms aren’t uncommon. If you are traveling in the summer, take plenty of water on your excursion, and don’t forget your sunscreen. In the winter, temperatures can drop suddenly, so make sure you bring an extra blanket or coat. A rain slicker is a must whatever the season.

Call ahead to confirm access- In addition to the ivory billed woodpecker, Arkansas is home to over 20 endangered or threatened species. Because of conservation efforts, some areas may have restricted access during certain times of the year. Some viewing areas have restricted access and require a non-consumptive user permit to gain entry. The permits are free, but there are only a limited number available. For more information you can contact the U.S. Fish and Wildlife Service at 1-800-347-2614.

Be aware of private property boundaries- Many of the prime bird watching areas are adjacent to private property. Be considerate of those who live in the area. Do not trespass on private property, and make sure your car is in a designated parking area and not blocking the road. Many property owners will allow wildlife study on their land, but ask permission first.

Respect other bird watchers- With the increase in bird watching, viewing stands can be crowded. Whisper if you must talk, keep still and dispose of any litter. Do not disrupt the viewing experience of other bird watchers. Keep in mind that it is illegal to use audio devices, musical instruments or mechanical and electronic callers that mimic the call of the ivory billed woodpecker. This interferes with ongoing research.

Carry a field guide- You may be come to Arkansas looking for the ivory-billed woodpecker, but the state is home to a large number of rare bird species, including the bald eagle, king rail, the hooded merganser and the endangered red-cockaded woodpecker. Having a field guide will enable you to identify the birds you see.